If Congress and the Administration were to do nothing, the LTCG rate would go back to 20% on January 1, 2011.

However, with bailouts, stimuli packages and new social programs collectively costing trillions to fund somehow, what better place in Washington's view to raise revenue than from capital gains? There is also historical precedent. As recently as 1996, the LTCG rate was 28%. Throughout the 1970s, the rate was 28% to 40%. 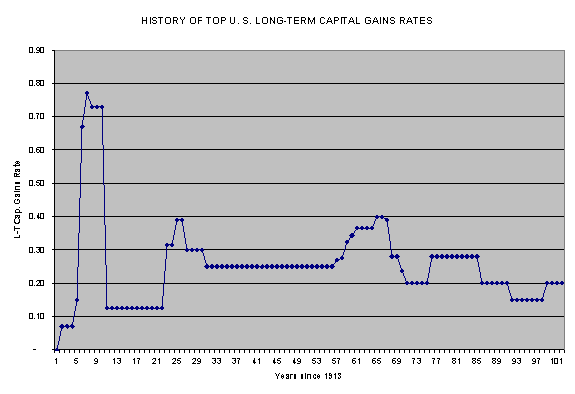 The prospect of paying more to Uncle Sam if you close the sale of all or part of your business after December 31, 2010 is starting to get on owners' radar screens. The impact on an owner's wallet is shown by the following hypothetical example.

If a business owner obtains $10 million more in proceeds (that qualify as long-term capital gains) than his or her tax basis, the LTCG tax at 15% would be $1.5 million. However, if the LTCG rate were raised to 30%, the extra $1.5 million tax bite would reduce take-home proceeds from $8.5 million to $7 million, an 18% reduction.

In other words, to realize $8.5 million in 'take home' proceeds at a constant pricing multiple, the business would have to generate a significantly higher EBITDA. As shown below, for each 10 percentage point increase in the LTCG rate, a business would need to generate 13% to 15% more in Earnings Before Interest, Taxes, Depreciation and Amortization.

So Uncle Sam is having a limited-term offer - a 15% capital Gains Tax. But to take advantage of this offer, time is of the essence. The typical sale of a middle market business - to an unrelated party, an ESOP or management - requires six to twelve months (depending on factors often beyond the seller team's control) from the time a financial advisor like EdgePoint is engaged. So, to close a transaction by December 31, 2010, planning and discussions should begin as soon as possible. In the world of Taxes, 'almost getting it closed by the deadline' doesn't count, and could cost a lot of money.

We would be glad to discuss your situation in complete privacy, and assess the best time to begin, given your company's recent performance and outlook.