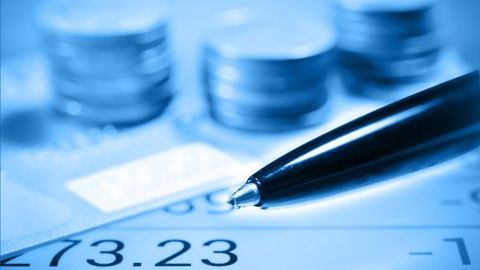 Subordinated debt, “sub-debt” or “mezzanine”, is capital that is located between debt and equity on the right hand side of the balance sheet. It is more risky than traditional bank debt, but more senior than equity in its liquidation preference (in bankruptcy). Since it is in the middle of the capital structure, the term mezzanine has developed.

Sub-debt is considered more risky by the lender than senior debt because the senior banks get a first lien right on any assets of the business and the total leverage is usually higher. The subordinated lender is just that – subordinated to the senior lender in its rights to the assets in a worst case scenario – bankruptcy. For that reason, sub-debt lenders demand a higher return for their capital, generally in the 18-22% IRR range, although recently competition from lenders flush with capital are pushing those return expectations into the mid to high teens.

The structure of subordinated debt has a current return component, or “coupon”, which is simply the cash interest rate that the borrower pays, plus some deferred return to derive the full expected return of the lender. Typical coupons range from 12-14%, but may also have some additional deferred interest rate of 2-4% called Paid in Kind (PIK) interest. PIK interest is not actually paid, but accrues to principal and is paid at a later time. Sub-debt loans usually have little to no amortization of principal, and are paid in full at maturity which can be anytime between 3-7 years, with an average of 5 years. At that time, most lenders will get an additional return on their debt in the form of warrants for some percentage of the company at a nominal strike price (penny warrants) that they sell back to the borrower for the appreciated value at the time exercise/maturity. More recently, lenders have alternatively structured success fees, which are fixed fee amounts that cap the lender’s return. Warrants, on the other hand, give the lender more upside as their value grows with the company’s equity, but also give them risk on the downside.

Although sub-debt may seem expensive at 18-22% return, it is less expensive than equity which can demand 25%-50% returns. As a lower cost equity alternative, there are several applications and uses of this form of capital. Transactions that need additional capital to satisfy Sellers’ need for cash at closing, senior bank capital demands, or capital for growth are the most common reasons for a company to borrow subordinated debt. Whereas senior banks may cap leverage rates at 3x EBITDA, subordinated lenders are generally willing to go as high as 4x EBITDA because they are compensated for their risk. Additionally, because the sub-debt is generally structured as interest-only, the payments of that debt are easier to make as the lender allows the senior debt to be paid first and waits for its money until maturity – which is also why sub-debt can be called “patient capital”.

Sub-debt can play an important role in transactions and growth capital. It can be expensive compared to senior bank debt, but is still less expensive than equity, especially when raising minority equity that frequently demands significant discounts in valuations of the equity investment. For companies that have strong cashflows, and those that may lack collateral (such as distribution or services companies), sub-debt can provide a good source of capital that is otherwise not available. For those transactions or other high growth capital needs, the return demanded by sub-debt lenders can be well worth the investment in order to get and keep higher equity returns for shareholders.

Weighing the risks and benefits of sub-debt in the capital structure is a choice that a borrower needs to make based on the expected outcomes and returns in the particular investment so that there is enough cashflow to service debt, as well as a plan to pay of the sub-debt and any warrants or success fees that may be owed at maturity.

Proper capital planning is the key to using this form of financing so that you can ideally boost equity returns while using the existing cashflow to service senior debt.

© Copyrighted by EdgePoint. Tom Zucker can be reached at 216-342-5858 or at tzucker@edgepoint.com